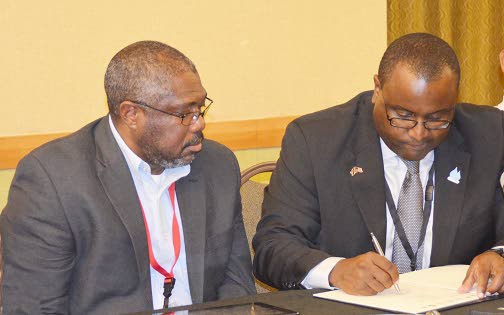 The Caribbean Water and Waste Water Association (CWWA) has signed an agreement with the Caribbean Institute for Meteorology and Hydrology (CIMH) to establish a multi-sector partnership for climate services in the Caribbean.

The agreement was signed at the CWWA’s Annual General Meeting (AGM) on Wednesday. The AGM formed part of the five-day conference that ended yesterday.

The agreement makes the Caribbean the first region globally to officially create and implement a joint commitment between climate sensitive sectors and a climate services provider to build climate resilience.

The CWWA is now the third of seven regional organisations to sign on to the agreement with the CIMH.