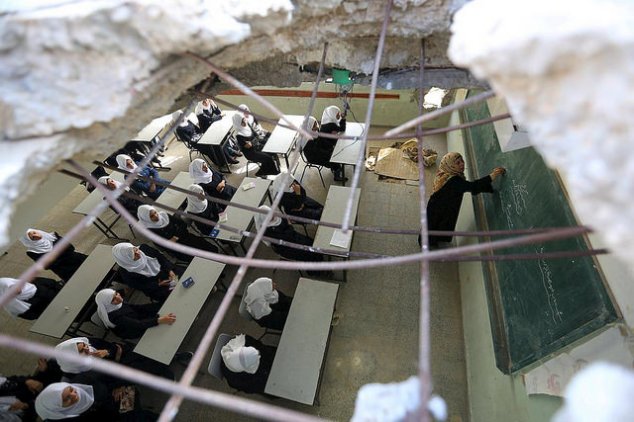 Has anyone seen Gaza lately?

A Palestinian I met the other day told he was from Gaza, he told me about his eighty year old mother living in horrid conditions there, so I decided to look through the newspapers, surf the news online and run through TV channels, local, international and I even looked at news from the Middle East, but all was in vain. I can’t find Gaza, not a single word, not a bit of news anywhere. I know it was there at one time, so I desperately decided to look through old notes, vintage news clips old videos and clearly there are signs that it was there at one time, but now I can find no sign of its existence. Once again, in a magic trick of epic proportions Israel made Gaza disappear.

As I write these words, I sit in front of my computer screen scratching my head. How did it disappear? Where did Gaza go? Almost two million people vanished into thin air. Now I suppose there is no need to worry about the tens of thousands of people injured in Israeli attacks and then forsaken with no care. We can all conveniently forget about the countless children traumatized by the constant humming of drones and the terror of missiles destroying homes and killing family members. We can stop worrying whether or not there are sufficient supplies of medicine reaching the besieged people or if there is any electricity to keep people warm and maintain hospitals. We can rest assured that there are no more babies born prematurely who are likely to die due to lack of proper postnatal care.

When Gaza was there it was really quite terrible. There were people there with no access to clean water, there was food insecurity and thousands were homeless because Israel destroyed their homes. What made it even worse is that five minutes from where Gaza used to be, Israelis were living perfectly secure, with plenty of food and water, no shortage of electricity, warmth in the winter and cooling in the hot summers. Hospitals were functioning and medicine was available for anyone who required help. But the people in Gaza had no access to any of this because Israel did not allow them out of what used to be a huge concentration camp. With few exceptions, Israel also didn’t permit people who wanted to go to Gaza to help, to do so, Israel didn’t allow food, water or medicine in and when the people in Gaza dug tunnels in order to smuggle food and other necessities, these tunnels were destroyed by Israel’s great ally, President/Generalisimo Abdel Fatah Sisi of Egypt.

Before Gaza disappeared there would be occasional rocket fire from Gaza and attempts by Palestinians to fight off the Israeli military. The rockets were called “Qassam” rockets and the fighters were called terrorists. Even though there were cases in other parts of the world where people who fought for their freedom were called heroes, this never happened in Gaza. Young fighters in Gaza who sacrificed everything and died attempting to fight the Israeli war machine were never called heroes, because, and one can only guess because Gaza is no longer there to verify, but one assumes it is because in this world in which we live, Palestinians are not permitted to be heroes. No, Palestinians are only accepted as victims or as terrorists. Heroism is not permitted for the people who used to exist in what used to be Gaza.

The gentleman I met the other day who said he was from Gaza described a story that was heart wrenching, but since it cannot be verified I have to doubt its validity. It cannot be possible that such horror, such suffering exists only minutes from Israeli towns and cities, and barely an hour drive from Tel-Aviv and no one would report it, not a single news outlet would pick it up. It is inconceivable that almost two million people would be caged in like animals, living in conditions that can only be described as inhumane – and the world would be completely silent. After all the enlightened Western civilization, the developed world, the major countries of the world wouldn’t just sit there and say nothing, do nothing and allow this to continue. After all, we are not talking about some remote hilltop in Afghanistan or some unheard of village in Kurdistan or Iran we are talking about Israel. Yes, Israel, an ally of the US, a country hailed by the UK, France, Germany as the only democracy in the Middle East.

Had Gaza and the nearly two million people who used to live in it hadn’t mysteriously disappeared, someone would have demanded that Israel, the recipient of billions of dollars in foreign aid would use that money to provide relief to the people in Gaza. That it would use these billions of dollars to build homes for the homeless, provide food for the hungry, medicine and medical care for the sick and injured and provide comfort for the hundreds of thousands of traumatized children who have been emotionally scarred because of the brutality of Israeli terrorism. The world would demand that those within Israel who were responsible for the terrible crimes committed by the Israeli army in Gaza be brought to justice, pay for their crimes agains innocents.

Israel had used magic tricks to fool the world before, but this time it really outdid itself. Does anyone remember the Iran smoke screen? The nuclear threat that never was? The existential threat that never existed? Yes, these were all quite amazing and very effective. They fooled millions of people the world over. But to make Gaza disappear is an even grater achievement. Its more complex than the “self-defense” trick where Israel bombed Gaza and murdered thousands of people who never hurt a soul, and then convinced the world that murdering people in Gaza was an act of self-defense.

I think of this gentleman from Gaza, Mohammad is his name, I’m amazed. He is a highly educated, successful man, he has seven children and he works hard to provide them with an education. One of his daughters is a heart surgeon. He came up to me after a recent lecture in Huntsville, Alabama and I was moved by his story. He even bought a copy of my book, and as he leafed through it and saw the photo of the Palestinian hero Abu Ali Shahin he told me that Abu Ali was his uncle from his mother’s side. His mother’s family came from the village of Besshit, the same village, now destroyed by Israel, from where Abu Ali Shahin told me that he came. So I am puzzled. Mohammad told me a story that was real, painful. He told me he can’t visit his mother, nor can he send her the medicine she needs but cannot find in Gaza. So is it possible that Gaza didn’t disappear? Could it be that it is still there and no one talks about it?