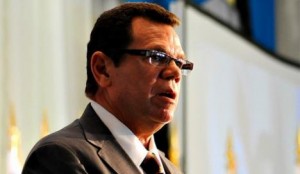 St Kitts and Nevis, Grenada and the Turks and Caicos Islands showed 4 percent growth, due to improved tourism arrivals and increased tourism related construction, while the region’s economic powerhouse Trinidad and Tobago grew by just 0.2 percent due to weaker oil and gas prices.

That’s according to the Caribbean Development Bank (CDB)’s Economic Review for 2015 and Outlook for 2016, delivered on Wednesday at its headquarters in Barbados.

“We could say that 13 of the 19 borrowing member countries (BMCs), we would expect them to grow faster in 2016 than in 2015, but two of our stronger credits Trinidad and Tobago and Suriname will experience negative growth in 2016. Interestingly all of the service…