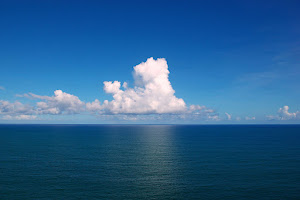 Researchers argue that both ocean scientists and world leaders should pay more attention to how communities are experiencing, adapting to and even influencing changes in the world's oceans.

When President Barack Obama visited the shrinking Exit Glacier in September, he pointed to a very obvious sign of our warming planet literally at his feet.

Less visible, but perhaps more indelible, signs of changing climate lie in the oceans. A University of Washington researcher argues in the journal Science that people — including the world leaders who will gather later this month in Paris for the latest round of climate change negotiations — should pay more attention to how climate change's impacts on ocean and coastal environments affect societies around the globe.

“When people see headlines on big science findings that the oceans are acidifying, or sea levels are rising, they feel a sense of helplessness in the face of inexorable change,” said lead author and UW professor of marine and environmental affairs Edward Allison. “Yet there are many things that people can, and indeed are already, doing.”

The review paper, published Nov. 13, looks at scientific understanding of changes to the world's oceans and how people around the world are responding. These reactions include denial, planned adaptation, a search for technical fixes, and political activism to reduce emissions and tackle the root causes of climate change. The paper also looks at how projected changes in climate and ocean conditions will impact economic activities related to the oceans, to begin a discussion about the future of the human relationship with the marine environment.

“I felt that there was a gap in the research being carried out by the ocean sciences community,” Allison said. “Research hasn't really engaged with the politics of climate mitigation and adaptation in the way that scientists working on forests and agriculture have.”

“There's a lot of citizen action that can be done at a local level to prevent coastal damage,” he continued. Examples cited in the paper include planting mangroves, saving coral reefs, or preventing beach erosion by planting coconut palms. In the Pacific Northwest, shellfish growers have begun to look at how to adapt their practices to account for more acidic seawater.

On a broader scale, Allison points to this spring's “kayaktivist” protesters in Seattle's Puget Sound, where people took to non-motorized marine craft to protest plans to capitalize on melting Arctic sea ice to extract more fossil fuels from the Arctic Ocean “I think the kayaktivists send a message that the future of the oceans, when it comes to energy generation, should be in renewables rather than in fossil fuels,” Allison said. “You have this perverse situation where the melting of polar ice caps has allowed more economic exploitation of the Arctic, including for industries that contribute most to global warming.” Allison began his career in marine biology, but later moved to fisheries management and international development, a background that helps him bring an interdisciplinary perspective to marine issues. A recent paper he co-authored looked at the tradeoffs between sustainable-fish certification programs and food for local fishing communities.

Co-author Hannah Bassett, a UW master's student in marine and environmental affairs, reviewed existing literature on how climate change will affect marine industries. The impacts on most industries will be negative, she found. But a few, including research and development of new ocean technologies, may benefit. She also found that while aquaculture is often cited as a possible adaptation strategy for declining wild fish stocks, aquaculture itself is anticipated to feel some negative impacts from climate change.

The paper lays out the case for a more interdisciplinary approach to ocean research, with natural and social scientists working together to document the impact of climate change and resulting actions and to understand how oceanic peoples are experiencing, adapting and even influencing changes in the world's oceans. Shifts in the world's oceans are long-lasting, extend far beyond the coast, and touch humans on many different levels, Allison said.

“The ocean is not just a place for economic activity,” he said. “It's a place for inspiration, it's a place for enjoyment, it defines many cultures, and it's a place where we get some of our most nutritious food. What's at stake here? It's a timely moment to think about that.” More