It's not that I knew nothing about U.S. military bases before I met Chalmers Johnson. 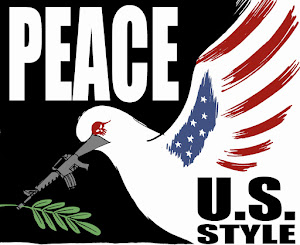 In certain ways, my idea of the good life had been strongly shaped by such a base. Admittedly, it wasn't in Germany or Japan or South Korea or some other distant land, but on Governor's Island, an Army base just off the southern tip of New York City. In the 1950s, my father ran a gas station there. On Saturday mornings, I would often accompany him to work on a ferry from downtown Manhattan and spend a dreamy suburban-style day there amid zipping Jeeps and marching troops and military kids, playing ball, wandering freely, catching cowboy or war flicks at the island's only movie house, and imagining that this was the best of all possible worlds. And yet between that moment and the moment in September 1998 when Johnson's proposal for a book to be called Blowback: The Costs and Consequences of American Empire fell into my editorial hands, I probably never gave our country's bases another thought.

In that, I was like millions of Americans who, as soldiers or civilians, had cycled through such bases at home and around the world and never considered them again. And we were hardly alone when it came to the hundreds and hundreds of foreign garrisons that made up what Johnson termed our “empire of bases.” Historians, political scientists, and journalists, among many others, paid them little mind. Our overseas garrisons were seldom discussed or debated or covered in the media in any significant way. No one in Congress challenged their existence. No president gave a speech about them. Though I hesitate to use the term, there was something like a conspiracy of silence around them — or perhaps a sense of discomfort that they even existed led everyone to act as if they didn't. And yet they were the face of this country to significant parts of the world. In their profusion and their reach, they represented a staggering reality for which there was no historical precedent. Billions and billions of dollars poured into them. Hundreds of thousands of troops and their dependents were stationed on them. It should have told us all something that they were quite so unremarked upon, but until Johnson came along, they were, in essence, not so much our little secret as a secret we kept even from ourselves. As he wrote with a certain wonder in the second book in his Blowback Trilogy, The Sorrows of Empire: Militarism, Secrecy, and the End of the Republic, “The landscape of this military empire is as unfamiliar and fantastic to most Americans today as Tibet or Timbuktu were to nineteenth-century Europeans.”

Johnson broke the silence around them — repeatedly. And yet, in an era in which such bases, still being built, have played a crucial role in our various wars, conflicts, bombing and drone assassination campaigns, and other interventions in the Greater Middle East, they remain a barely acknowledged aspect of American life. Why this is so should be considered both a curiosity and a mystery. Is it that a genuine acknowledgement of the existence of a vast network of global garrisons would lead to uncomfortable conclusions about the imperial nature of this country? I'm not sure myself. That they remain largely surrounded by an accepted and acceptable silence, however, continues to be an American reality.

Thank heavens, then, that, almost five years after Chalmers Johnson's death, David Vine has produced a groundbreaking new book, Base Nation: How U.S. Military Bases Abroad Harm America and the World, which should once again bring that empire of bases back into the national discussion. Today, in “Garrisoning the Globe,” Vine offers an overview of what it means for this country to continue to encircle the planet with such bases 24/7. Posted: 09/14/2015 By Tom Engelhardt More