An economic impact assessment for the proposed cruise berthing facility is in the works, The Cayman Reporter understands. 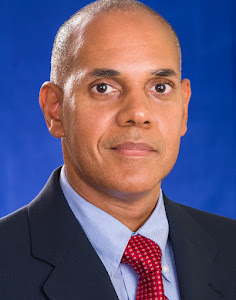 Minister of Finance Hon Marco Archer confirmed that PricewaterhouseCoopers (PWC) has been contracted to carry out the assessment. The Cayman Reporter inquired if the assessment has already started and how much this assessment will cost the country, but Mr Archer has not responded at press time.

The Cayman Islands has already done an Environmental Impact Assessment (EIA) to the tune of $2.5 million based on the current proposal of a two finger pier. The EIA indicated that dredging and its silt plume could impact 15 acres of coral reef. Now that the EIA has been completed and the Department of Environment (DoE) is the process of completing a report on the assessment to submit to Cabinet, a call for the examination of the proposal’s impact on the entire economy has been made.

Founder and Director-General at The Cayman Institute, Nicholas Robson, said to grasp the full impact of the proposal its impact on the country’s economy must be evaluated. He believes the economic impact assessment should state how financing a cruise port, that could destroy a significant part of the reef on the south-west of the island, will affect the country. He believes it should look at how many jobs will be affected in the retail sector as well as in to water sports industry.

He noted that it is also imperative to analyse the true strengths and weaknesses of the cruise tourism and stay-over tourism to these islands.

“We should be weighing up the cruise passenger industry and its per-capita spend against stay-over tourism. Should we be looking into lengthening the runway to 10,000 feet to be able to accommodate long haul flights from Europe and points east? The Persian Gulf and China have many high net worth individuals which may well want to come to the Cayman Islands. We have already had Mr. Lee Ka-Shing one of the richest men in Hong Kong residing and doing business here,” he said. Furthermore, Mr Robson stated that it is important for Cayman to know how many cruise passengers it can manage. “If we try and take too many cruise passengers per day none will have an enjoyable experience,” he said.

Commenting on his own stance on the port plans Mr Robson said he is for any initiative that will have the greatest benefit to the majority of the people in the Cayman Islands. “A decision made today will affect the Cayman islands for many years into the future. Furthermore, with Cuba opening up the cruise industry may find that more passengers want to go to Cuba, causing some of the cruise lines dropping Cayman,” he said.

The Advancement of Cruise Tourism in the Cayman Islands (ACT) member Chris Kirkconnell told The Cayman Reporter that the ACT was formed because members involved in the cruise industry felt that the Cayman Islands Tourism Association (CITA), the tourism sector’s representative group, was only concerned about stay-over businesses. Those involved in cruise felt that in order to have a voice they had to start a group of their own.

“Once we formed ACT CITA tried to convince us that we didn’t need a separate entity and it seemed like they were trying to give us some kind of attention up until now. If you look at the member makeup of CITA its much more heavily stay-over focused than cruise,” Mr Kirkconnell expressed. More