EFFORTS TO preserve the country’s water reserves must be supplemented by legislation that makes rainwater harvesting compulsory for all housing developments and other such major projects which put a drain on Jamaica’s limited water resources during construction. 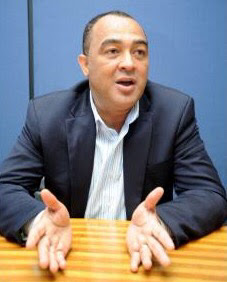 That is the recommendation from Dr Christopher Tufton, who told The Gleaner that such legislation is overdue, given Government’s failure to examine and report back on a resolution passed in the Senate March 1, 2013 on legislating rainwater harvesting.

“This is yet another example of a country that gives lip service to sustainable development, while citizens have to experience the hardships from a water crisis each year. We have heard nothing of the resolution since then, and as is customary, we act surprised that we are in another water shortage crisis, even though we have this situation each year,” said the former government minister.

He wants to make it mandatory that developers include in their applications information on how they will harvest and store rainwater for use during the life of the project. The legislation also speaks to the incorporation of features such as guttering on individual buildings, to ensure that water conservation becomes a part the Jamaican culture going forward.

“What it would mean is that one could determine to what extent existing projects could be retrofitted or adjusted. For new projects, however, part of their design should include a rainwater harvesting process. Now, it does add to the cost of construction, but in some countries, they have done things like tax rebates, among other things, to incentivise developers,” Tufton said. “So once construction is done, you could get a tax write-off in a short period of time to keep costs to a minimum.”

Acknowledging that this additional cost might prove a deterrent for some investors, Tufton said one has to look at the much bigger picture of the emotional distress and financial fallout the country is now experiencing. More