CARICOM 5 July 2015: The 36th Regular Meeting of the Conference of Heads of Government of the Caribbean Community (CARICOM) focused on energy, bolstering education systems, and Haiti's “looming humanitarian crisis,” among other issues. A high-level symposium on sustainable development convened on the sidelines of the Conference. 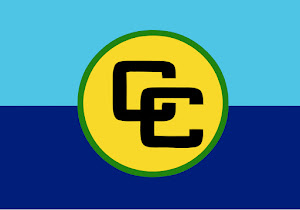 During the meeting, held on 2-4 July 2015, in Bridgetown, Barbados, leaders welcomed the establishment of a Caribbean Centre for Renewable Energy, which will be hosted by Barbados. The Centre will act as the implementation hub for sustainable energy activities and projects within the Caribbean. The Government of Trinidad and Tobago proposed creating a Caribbean Energy Fund, which participants supported.

Discussions at the Conference also addressed: access to concessional development financing for small island developing States (SIDS), with leaders advocating for a vulnerability measurement instead of gross domestic product (GDP) to determine economic health; a climate agreement that would limit warming to below 1.5°C compared to pre-industrial levels; and decision-making mechanisms in the region.

The Conference resulted in a communiqué that addresses: sustainable development; resilience building and wealth creation for Caribbean development, and the role of Caribbean universities; science and technology; and the promotion of sustainable energy. Participants also adopted 'The CARICOM Declaration for Climate Action,' which outlines the Caribbean region's priorities for the 2015 climate agreement, including loss and damage, limiting warming to below 1.5°C, a compliance mechanism, and finance measures, including improved and privatized access to funds by SIDS.

Speaking during the high-level symposium on sustainable development, UN Secretary-General Ban Ki-moon said that, by 2020, Barbados will be one of the world's top five solar energy users on a per capita basis, and Caribbean countries “are lighting the path to the future.” Noting that sustainable development and climate change are “two sides of the same coin,” Ban reiterated that this generation could be the first to end global poverty, and the last to prevent the worst impacts of climate change, “before it is too late.”

Ban underscored that the proposed Sustainable Development Goals (SDGs) must be “focused, financed and followed up,” and that partnerships must be strengthened with regard to capacity building, financing, access to technology, and improved data collection and statistics.

Ban also called on countries to: link the global agenda to regional agendas; deepen regional integration; focus on the needs and vulnerabilities of SIDS and middle-income countries (MICs), including by addressing the debt challenge; and achieve a low-carbon, climate-resilient development pathway. He said he will continue working to guarantee that SIDS and the least developed countries (LDCs) are top funding priorities of the Green Climate Fund (GCF), among other sources.