A scientific model supported by the [UK's] Foreign Office has suggested that society will collapse in less than three decades due to catastrophic food shortages if policies do not change. 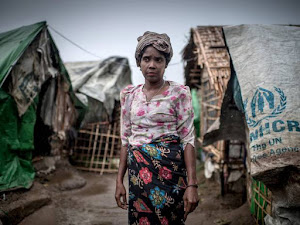 The model, developed by a team at Anglia Ruskin University’s Global Sustainability Institute, does not account for society reacting to escalating crises by changing global behaviour and policies.

However the model does show that our current way of life appears to be unsustainable and could have dramatic worldwide consequences.

Dr Aled Jones, the Director of the Global Sustainability Institute, told Insurge Intelligence: “We ran the model forward to the year 2040, along a business-as-usual trajectory based on ‘do-nothing’ trends — that is, without any feedback loops that would change the underlying trend.

“The results show that based on plausible climate trends, and a total failure to change course, the global food supply system would face catastrophic losses, and an unprecedented epidemic of food riots.

The model follows a report from Lloyds of London which has evaluated the extent of the impact of a shock scenario on crop production, and has concluded that the “global food system is under chronic pressure.”

The report said: “The global food system is under chronic pressure to meet an ever-rising demand, and its vulnerability to acute disruptions is compounded by factors such as climate change, water stress, ongoing globalisation and heightening political instability. More