In mid-April the 19th International Conference on Cold Fusion (ICCF-19) took place in Padua, Italy and was attended by some 470 scientists, cold fusion bloggers, entrepreneurs, and the merely interested. 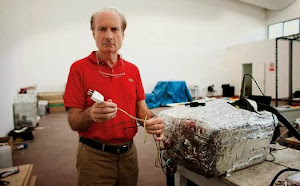 The first of these conferences was held back in 1990 in the wake of the University of Utah announcement that two of its chemists had discovered a new way to release energy from the atom. The 1990 conference, however, was resoundingly ridiculed by the American Physical Association and was said to be nothing but a gathering for crackpots, pseudo-scientists, and fraudsters. However, over the decades, the conferees continued to gather in cities around the world, with some 100-300 usually in attendance. Many of those who came to the conferences were scientists who had been able to reproduce the “anomalous heat” that the University of Utah researchers had observed prior to their announcement in 1989. Most of the presentations were way down in the scientific weeds and were comprehensible only to those with considerable knowledge of particle physics, so the conferences drew little attention.

In the last couple of years, however, the tide has turned. Although Cold Fusion is still anathema to many in the U.S. and more importantly to the U.S. Department of Energy, scientists in several countries around the world are starting to see that the technology works, that it could be at least a partial solution to many of mankind’s problems, and are starting to talk about developments in the field to their local press. Most, however, continue to be unaware of recent progress in developing this new source of energy or are too wedded to their prejudices to even consider new evidence.

This year the most important development in cold fusion, unless overtaken by a competitive technology, is the acceptance test of the Rossi/Industrial heat, 1 megawatt, cold fusion reactor, which currently is underway at customer factory in the US. The engineer and entrepreneur, Andrea Rossi, who developed the first working commercial application of a cold fusion reactor, did not attend the ICCF-19 conference. However, his CEO Tom Darden of North Carolina based Cherokee Investment Partners and its subsidiary that is developing the cold fusion reactors, Industrial Heat, attended for the first time.

While many were hoping that Darden would give a progress report on Industrial Heat’s acceptance test of its first fusion reactor, they were disappointed. Darden talked only in generalities as to how he became involved with cold fusion, his dedication to the technology as a way of solving the carbon emissions problem, and his interest in financing similar projects. Two or three journalists who attended the conference however, reported being told by a “credible” source, possibly Darden, that the 400-day, 24/7, acceptance test of the one megawatt reactor is going well after several months. Rossi, who is spending full time monitoring the acceptance test, has been saying lately that the reactor has been running in the “self-sustained” mode a good piece of the time which means that it does not require any outside energy to stimulate the heat-producing reaction.

As has been the case for 25 years, mainstream media coverage of the conference was scarce to non-existent. In addition to his formal address to the conference, Darden who seems to be one of the more knowledgeable people around concerning what it going on in the field, gave a lengthy interview to a blogger. In the interview, Darden revealed that he was funding other cold fusion projects, but did not give any details.

During the interview Darden said primarily that he wants to use this technology to stop global warming and not just to make money from a new source of energy; that he invested millions of his own money in Rossi’s technology only after many tests and careful due diligence; and that he is convinced that Rossi’s or a similar technology will have major impact on the world. He notes that a cheap source of clean energy, which is exactly what cold fusion promises to be, is what mankind needs at this juncture.

Another star of the conference this year was the Russian physicist Parkhomov, who successfully reproduced Rossi’s cold fusion reaction earlier this year and has been sharing the details of his experiments with interested parties all over the world. This has made him a folk hero among those who are hard at work attempting to create still more replications of the reaction.

As could be expected many of the presentations were highly technical, and ranged from new ways of making the cold fusion reaction more reliable to aeronautical applications and even mutating radioactive waste into harmless substances. The Russians, with their ongoing Chernobyl problem, are particularly interest in this aspect of the science.

This conference was notable for it may be the last one to be ignored by the mainstream media. Should the Rossi/Industrial Heat year-long trial of a working commercial reactor be successfully completed by the time the next conference comes around, public and government perception of cold fusion could well have changed markedly. A working commercial scale reactor, which is open for public inspection, will be very difficult for skeptics to deny or ignore.

Next year’s conference will be held in Japan with a subsidiary conference in China. India was also a bidder for the honor. After 25 years, cold fusion looks like it is on a roll.

Tom Whipple is a retired government analyst and has been following the peak oil issue for several years.