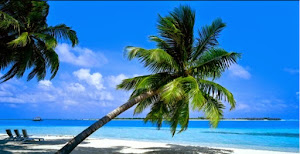 In early March, Stéphane Tromilin, a sustainable energy attaché in the French government, gave a United Nations webinar on the French government’s work on French islands. In it, he spent most of the time discussing the unique challenges of islands, specifically those in the Caribbean like Guadeloupe, but also noted an island’s value as “laboratories to develop renewable energy solutions.” Christophe Mazurier, a European financier and climate defender, has seen these laboratories in action, specifically in the Caribbean, where he has a home in the Bahamas. While many of these nations are at greater risk of climate disasters – in the form of devastating hurricanes and other storms – than most other places on earth, many refuse to become victims of the global intransigence on climate change. Instead, many Caribbean nations are taking it upon themselves to be the change they wish to see in their developed-nation counterparts. Guadeloupe, the overseas French territory mentioned earlier, is getting nearly 30 percent of its energy from solar, a number on par with climate leaders Germany. Aruba gets 20% of its energy from wind, and is aiming to be totally sustainable by 2020. Ten island nations, including the Bahamas, the British Virgin Islands, Grenada, Dominica and more have joined the Ten Island Challenge, launched by Richard Branson as a means to give these Caribbean island clear renewable goals and support them in meeting those goals. Mazurier says that in many ways, the Caribbean’s move to solar was preordained. Not because they are at the forefront of climate change susceptibility, but because of their incredibly high energy costs. Most Caribbean island nations pay around 33 cents per kWh of energy, while for comparison the United States pays 10 cents per kWh. Even with the price of fuel bottoming out, and energy costs in places like Jamaica being cut in half, Jamaica and others were already well on their way to a renewable future. In 2013, Jamaica signed a deal that would bring 36 MW of wind power for $63 million, which would help it divest from diesel oil in the long-term. By investing heavily in renewables now, the islands can avoid paying for diesel in the future… No matter how the price fluctuates. Mazurier says that this is the key for these Caribbean island nations, who don’t have multimillion dollar climate budgets. These nations cannot just throw money at the problem in hopes that they can play a role in the ultimate cooling of the climate. Their emissions are negligible in the grand scheme of things. The only aspect that can get these nations to buy in if they know they will ultimately pay less for energy than they do now. The positives for the overall climate and the state of the planet are simply a secondary byproduct of these finance-driven deals. Whichever way it breaks out, says Mazurier, the Caribbean turn toward renewable energy is a refreshing and encouraging sign. The question now becomes: Can the larger nations take note of their island peers? More