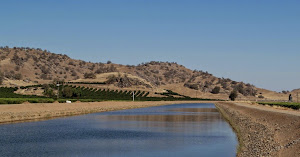 With the blessing of California state regulators, drilling companies have injected an untold amount of toxic wastewater left over from fracking and other drilling operations into aquifers, according to an investigation by the San Francisco Chronicle published on Sunday.

In October, it was confirmed that nearly 3 billion gallons of oil industry wastewater had been illegally dumped in aquifers through at least nine disposal wells. According to data reviewed by The Chronicle, it is now evident that more than 170 such wells injected a mix of “briny water, hydrocarbons and trace chemicals,” including acid, into aquifers suitable for drinking and irrigation.

This information about the extent of the aquifer contamination comes as the state's historic drought continues to push many desperate municipalities to tap groundwater reserves for drinking water and agricultural irrigation.

“It is an unfolding catastrophe, and it’s essential that all oil and gas wastewater injection into underground drinking water stop immediately,” Kassie Siegel, director of the Climate Law Institute at the Center for Biological Diversity, told The Chronicle.

The practice first came to light in July 2014 when state regulators shut down 11 waste disposal wells in Kern County over fears of possible groundwater contamination.

The Chronicle reports on the source of the wastewater injection problem, which they say dates back to 1983 when EPA officials agreed to allow the state's Division of Oil, Gas and Geothermal Resources responsibility for enforcing the federal Safe Drinking Water Act:

The agreement listed, by name, aquifers considered exempt, where oil companies could legally inject leftover water with a simple permit from the division. If state regulators wanted to add any aquifers to the list, they would need EPA’s approval.

But there were two signed copies of the agreement, said Steven Bohlen, the division’s new supervisor. Eleven aquifers listed as exempt on one copy weren’t included on the other. The state and the oil companies considered those aquifers exempt — perfectly suitable places to dispose of wastewater. The EPA didn’t.

“We cannot tell, nor can the EPA, which version is correct,” said Bohlen, appointed by Gov. Jerry Brown last year.

The bureaucratic confusion didn’t stop there. In some cases, the state treated entire aquifers as exempt when, in fact, only specific portions of them had been approved for oil industry use. In other instances, the state issued injection permits for aquifers that the EPA had never declared exempt, Blumenfeld said.

Water classified as containing 500 parts per million or less of dissolved salts and other materials is considered high quality and safe to drink. The state aims to protect all water that registers below 3,000 ppm.

According to state officials, tests of nearby drinking-water wells show no contamination thus far.

However, the federal EPA has threatened to seize control of regulating the waste-injection wells, and the state has a February 6 deadline to present a comprehensive plan to fix the problem and prevent future contamination of supposedly off-limits drinking water wells. More