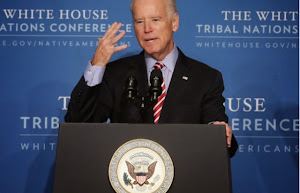 Vice President Joe Biden has led the issue of Caribbean energy security and said the Obama administration considers the topic as a primary issue.

“This is extremely important to us. It's overwhelmingly in the interest of the United States of America that we get it right, and that this relationship changes for the better across the board,” Biden said.

Biden added that the low oil prices have given little breathing room for governments, but there are alternatives. He mentioned renewable energy as an affordable source in addition to developing wind and solar energy.

The vice president called for an integrated North America to promote energy security since the U.S. wants Caribbean countries to “succeed as prosperous, secure, energy-independent neighbors — not a world apart, but an integral part of the hemisphere, where every nation is middle class, democratic and secure.”

Biden further stressed the purpose of the summit is not to “put up another solar panel or sign another gas contract” but to help countries establish protocol to attract private-sector investment. The vice president, however, acknowledged that countries have to confront corruption by having clear and transparent rules.

The U.S. created the Overseas Private Investment Corporation (OPIC), which will focus on developing energy projects for the Caribbean. Biden announced $90 million from the OPIC will be funded to Jamaica for wind projects.

A joint statement on Monday had participating countries and regional and international organization agreeing for the Caribbean to make “necessary and specific reforms” that include efforts for sustainable and clean energy technologies. The participants also stated their commitment to exchange data and energy information.