BANNU, Pakistan – Central Asia Institute (CAI) has completed and turned over to the Pakistan government a 34,000-square-foot university library in one of the most volatile regions of the country. 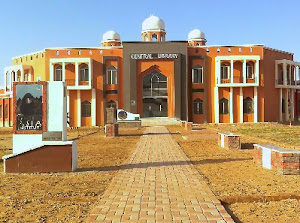 The Central Library at University of Science and Technology-Bannu is the only project of its kind that CAI has done. It was requested by the university’s founding vice chancellor, Asmat Ullah Khan, in 2011.

“This university is a newly established institution with a total age of six years since its inception in November 2005,” Khan wrote in his initial request. “The day-and-nights continuous efforts of the university administration have made a record progress in the developmental works and the quality education in this remote, underdeveloped region of the province, although the financial constraints have always been the main obstacles in the achievement of the desired objectives.”

One longed-for objective was a library.

“The university was in dire need of a library,” said CAI’s former Pakistan director, Lt. Col. (Ret.) Ilyas Mirza, who is from the region. “Their budget being too meager, (it) could hardly afford something of the size of what CAI donated to them.”

Plus, he added, “I wanted the youth of this area, victims of the war on terror, to have a state of-the-art library facility and access to a real source of learning.”

Bannu’s location at the edge of North Waziristan, near the Pakistan-Afghanistan border, puts it in a sort of “no-go zone” for any international aid organizations, said CAI Co-Founder Greg Mortenson. 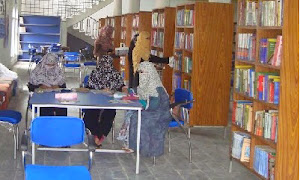 “Bannu, unfortunately, has become the epicenter of violence in the fighting between militants and the Pakistan police and army, and the U.S. further antagonizing the locals by drone bombings” Mortenson said. “It’s a consistently high-threat, high-conflict area, traditionally conservative, and often overlooked.”

The city is about 118 miles south of Peshawar, 23 miles east of the Pakistan-Afghan border, and just a little more than one mile east of North Waziristan, headquarters of the Pakistan Taliban and other terrorist networks.

The university is also just 700 meters from Bannu jail, which the Taliban attacked on April 15, 2012, just 15 days after work began on the library.

More than 200 heavily armed Tehreek-e-Taliban Pakistan (TTP) militants arrived predawn in numerous vehicles carrying AK-47s, hand grenades, and rocket launchers, according to news reports. They blew up the main gate, destroyed the boundary wall, and freed 384 prisoners, including some of Pakistan’s “most-wanted” criminals.

“The next 23 months were full of risk,” Mirza said. “Yet we continued and achieved something that CAI can be proud of.”

“I have been working at Bannu University since 2006, and we only had a room with some books for the library,” said Hussain, who is working on his PhD in library sciences from the University of Sargodha in Pakistan. “Now we have one of the best libraries in Khyber Pakhtunkhwa province that we are very proud of.” 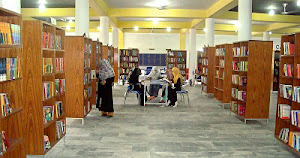 The two-story, red brick library situated in the center of the campus was completed in 2014.

“It is now for the university to encourage its faculty and students to make maximum use of it,” Mirza said. “Let it be turned into a real place of learning.”

Bannu is a conservative region and CAI and the university designed the library with separate study areas for males and females. However, some students do mingle in co-ed areas of the library while working on class projects.

In addition to the library, CAI donated a water-supply system for the university and awarded scholarships to nine graduate-level female students for two years of study.

Bannu is situated at the convergence of the Kurram and Gambila rivers, which irrigate the traditional barley, wheat, and corn crops. British visitors to the region in the mid 1800s referred to Bannu as a paradise, said Mortenson, who has visited the Bannu region several times since 1996. It also has a rich history as a place of religious tolerance.

“Until recently, it was a place where Muslims, Christians, Sikhs and Hindus lived in harmony for centuries,” he said.

Hamza Ameer, a writer who visited Bannu four times in 2014 to document the displacement of refugees from the North Waziristan conflict, described a special place in Bannu called Holy Street, “a symbol of religious harmony, patience, and acceptance for the world,” he wrote.

FILL IT WITH BOOKS

But despite that history of tolerance, the region is now in turmoil. In addition to the fighting, the influx of Waziristan refugees, said to total as many as 500,000, has made the city and surrounding areas chaotic, Mirza said.

“The library should be a center of peace and calm amid all the conflict and difficulties,” he said.

Although CAI will remain in contact with library and university officials, maintenance of the new building and work to build a good collection of books is the responsibility of the university and Pakistan’s Ministry of Higher Education.

At the present time, a library support group is being formed to raise awareness and generate more support for books, technology, training, and supplies. However, the recent militant activity, escalating conflict, and lack of federal funding have made progress difficult.

The university has received several donations of books, mostly science, technology, and curriculum-related. But it badly needs more books.

Hussain and others within the university administration expressed hope that libraries in the United States, Canada, and Europe might take an interest in their library and work with them to expand the collection.

“Any joint effort to promote higher education, reading, and learning in the region could also be a catalyst for promoting tolerance, just as the city of Bannu has done for two centuries,” Mortenson said.

Inquiries regarding library support or book donations can be directed to:

QUOTE: “Books permit us to voyage through time, to tap the wisdom of our ancestors. The library connects us with the insight and knowledge … of the greatest minds that ever were, with the best teachers, drawn from the entire planet and from all our history, to instruct us without tiring, and to inspire us to make our own contribution to the collective knowledge of the human species.” ― Carl Sagan