Underwater munitions pollute the marine environment with toxic chemicals. We have learned that there is a “need to clean” both chemical and conventional weapons based on potential human health impacts, as well as environmental implications through depleting fish stocks (CHEMSEA Findings Report 2013, Search and Assessment of Sea Dumped Chemical Weapons and Porter, JW, Barton J and Torres 2011, Ecological, Radiological and Toxicological Effects of Naval Bombardment on Coral Reefs of Isla de Vieques, Puerto Rico). 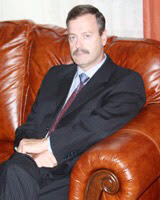 Underwater Munitions are “Point Source Emitters of Pollution”. This means that in most cases, if we remove the source: we remove the problem. Off-the-shelf-technology developed by private sector, oil and gas industry, and military's unmanned systems programs, already exists to detect, map, recover and dispose of underwater munitions and the toxic waste they create. The International Dialogues on Underwater Munitions (IDUM's) mission is to promote the creation of an internationally binding treaty on all classes (biological, chemical, conventional, and radiological) of underwater munitions, to lead to the cleanup of our Oceans worldwide. IDUM hosts and attends international forums to facilitate collaboration with international leaders and organizations to better understand the socio-economic impact on both human health and environment from years of decaying underwater munitions. IDUM cooperates with researchers, industry, and government to foster collaborative solutions that further the clean-up of our oceans. We believe through international diplomacy via national and international programs, dialogue, conferences, workshops, committees, senate hearings, and commissions, we can come together globally to clean our One Ocea

IDUM is considered the international group of experts in Policy, Science, Technology and Responses to Underwater Munitions. We have been extremely effective in furthering international discussion, and creating a united appeal to international governments, as well as creating an International Technology Advisory Board on Sea Dumped Munitions. In support of our efforts, IDUM has been recognized in proceedings for Organization for the Prohibition of Chemical Weapons (OPCW), Third Review Conference of State Parties, 2014 Noble Peace Prize winner and United Nations (Secretary General Report Sixty-eight session on Sustainable development) for our contributions within the Resolution on sea dumped chemical munitions.

IDUM mobilizes working groups for policy science and technology of sea dumped munitions, and has hosted five (5) international dialogues. We have participated as an observer for Helsinki Commission Heads of Delegations for Protection of the Baltic Sea, as well as provided consultations within HELCOM MUNI Ad Hoc Working Groups on Sea Dumped Chemical Weapons. IDUM has also been a “Special Invited Guest” of the OSPAR Commission for the Protection of the North-East Atlantic Oceans, and participates as Co- Directors for CHEMSEA – Search and Assessment of Chemical Weapons, Baltic Sea and NATO Science for Peace and Security (SPS) – MODUM Project.

IDUM is on the Scientific Committee Polish Naval Academy for Marine Security Yearbook and board of directors for International Centre for Chemical Safety and Security (ICCSS). Most recently, IDUM has been invited to centralize our cooperation with global peace and security organizations at The Hague. Our Chairman, Mr. T. P. Long, will manage the office in The Hague and cooperate with the international community of The Hague (including States Parties and the United Nations) to represent your concerns in an open and transparent process.

The International Dialogue on Underwater Munitions (IDUM) is a non-governmental organization/Society founded in 2004 by Mr. Terrence P. Long following his appearance at a Canadian Senate Hearing with the Senate Standing Committee on Fisheries and Oceans. The IDUM's mission is to promote the creation of an internationally binding treaty on all classes (biological, chemical, conventional, and radiological) of underwater munitions. This treaty would encourage countries to collaborate on underwater munitions policy, research, science, and responses including environmentally-friendly remediation in affected regions. The IDUM is an internationally recognized body where all stakeholders (diplomats, government departments including external affairs, environmental protection and fishery departments, industry, fishermen, salvage divers, oil and gas, militaries and others) can come together in an open and transparent forum to discuss underwater munitions, seek solutions, and promote international teamwork on their issues related to underwater munitions. The IDUM promotes constructive engagement with all stakeholders rather than disengagement so that we may learn from one another's situation and determine how we can best respond in the future with everyone's considerations. What we have learned is that off-the-shelf-technology, developed by the oil and gas industry and military's unmanned systems programs, does exist to address underwater munitions sites. And there is a “Need to clean” based on the potential human health and environmental impact on our health care systems and fish stocks. Underwater munitions in some form or another will continue to pollute the marine environment over time. It’s just a question of “When”. Underwater Munitions are “Point Source Emitters of Pollution”. In most cases, remove the source and you remove the problem.

“The IDUM is collaborating with international leaders and organizations to better understand the socio-economic impact on both human health and environment from years of decaying underwater munitions. The organization is facilitating this through international diplomacy via national and international programs, dialogues, conferences, workshops, committees, senate hearings, and international commissions. Most notable are the international efforts of the Government of Lithuania that resulted in the unanimous passing of the United Nations Resolution on Sea Dumped Chemical Weapons in December 2010 at the United Nations. Internationally, we must organize and continue our work together to collect, process, and provide information on underwater munitions to the Secretary General of the United Nations. Any tangible approach would require a multilateral response from all stakeholders including institutional capacity-building and the creation of an International Donor Trust Fund.” Visit the IDUM Website