Israel and the United States are trying to dissuade the nearly 200 states that are party to the Fourth Geneva Convention from convening a special session in mid-December to address conditions in the West Bank, Gaza Strip and East Jerusalem, Israeli and Western diplomats told Haaretz Wednesday. 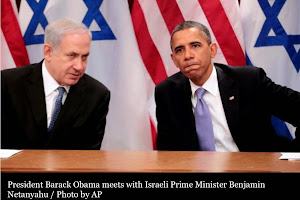 Government officials believe that convention sponsor Switzerland has come under strong pressure from the Palestinians and Arab states, and is expected to issue invitations to the conference within days.

In early April, following Israel’s refusal to free the last scheduled group of Palestinian prisoners, and its announcement that it would build 700 homes in East Jerusalem, Palestinian Authority President Mahmoud Abbas decided to sign, in the Palestinian state’s name, on 15 international conventions and ask to join them. One of them was the Fourth Geneva Convention, which deals with protecting the civilian population in fighting areas or occupied territories.

This move brought to a head the crisis that led to the collapse of U.S. efforts to extend the talks between Israel and the Palestinians. A few weeks later the Palestinians and Arab League asked Switzerland officially to call a conference of the convention signatories to discuss the Israeli occupation in the West Bank and East Jerusalem, as well as the damage Israel caused civilians in Gaza.

So far four attempts have been made to convene the Fourth Geneva Convention – all of them in regard to the Israeli-Palestinian conflict. The last attempt was made in 2009 after Operation Cast Lead in the Gaza Strip.

However, after consultations of the Swiss Foreign Ministry at the time, it was decided there wasn’t sufficiently broad international support for holding the conference. In 2001, on the other hand, after the outbreak of the second intifada, such a conference was held. Israel and the United States boycotted it.

Recently Swiss diplomats said their country, as the convention’s sponsor, couldn’t decide by itself on calling the conference again. So Switzerland began consultations with the other signatory states to see if enough of them were interested in holding the conference.

Switzerland distributed to all the signatories a proposal to hold the conference in Geneva in mid-December. The Swiss made it clear they wanted the event to focus on the upholding of international humanitarian law.

The Swiss proposal is for a three-hour conference at an ambassadorial level, with few speeches and no media coverage except for a statement to the press to be released at the end.

“We made it clear we didn’t want a political event or debate club, or a conference that would blame or criticize one of the sides,” a Swiss diplomat said.

Israel objected to the move strongly despite the low profile Switzerland suggested. Senior Israeli diplomats went to Bern and Geneva a few times in a bid to persuade the Swiss Foreign Ministry not to hold the conference, saying Israel would boycott it if it were held.

“They told us that holding the conference would help a one-sided Palestinian move intended to make Israel look bad and attack it in an international forum,” the Swiss diplomat said.

The conference cannot make binding decisions, but could increase international criticism of Israel’s policy in the territories, especially regarding the settlements.

The Israeli fear over the conference increased after Jerusalem received an updated draft of its proposed contents. Unlike previous versions, the updated draft was phrased in a very political way, mentioning Israel by name and referring in detail to issues like the West Bank settlements.

Israeli and Swiss diplomats said the United States, Canada and Australia were helping Israel and exerting pressure on Switzerland and other states to thwart the conference. Israeli diplomats said that despite the fact that the Americans have yet to make a formal decision on the matter, U.S. officials have told Switzerland they would boycott the conference if it is held. Canada has conveyed a similar message to Switzerland.

Speaking with Haaretz on Wednesday, Edgar Vasquez, a spokesman for the U.S. State Department, affirmed the American disapproval. “We strongly oppose the convening of the High Contracting Parties to the Geneva Conventions and have made our opposition unmistakably clear,” he said.

Foreign Minister Avigdor Lieberman held telephone conversations in the last few days with colleagues worldwide, asking them to object to the conference and declare they would boycott it if it is held. Also, Israeli ambassadors in several key Western states have been instructed to try to obtain a commitment from those states to boycott the conference.

The Palestinians, meanwhile, along with the group of Arab nations, are pushing for the summit to be held.

But the Israeli efforts look bound to fail. Israeli and Swiss diplomats estimate that the Swiss government will in the coming days announce the holding of the summit.

Western diplomats knowledgeable of the proceedings described the Swiss as determined to move forward despite the significant resistance by nations such as the U.S., Canada, Australia and others.

The Fourth Geneva Convention is one of the four treaties of the Geneva Conventions, adopted in 1949, which deals with the protection of civilian populations residing in areas of armed conflict and in areas under military occupation. The treaty forbids harming any agents uninvolved in the fighting – which includes, in addition to civilians, captured and wounded soldiers.

In regarding to a state of protracted military occupation – such as exists in the West Bank – the treaty decrees that the occupying power must uphold the human rights of the occupied civilian population, and ensure its conditions of living. The treaty also forbids any and all movement of civilian population from within the borders of the occupying power into the areas under military rule – such as the Israeli settlements in the West Bank.

Israel is a party to the convention, but the Knesset has never legislated the treaty into Israeli law. Israel claims the treaty is not applicable to the West Bank or East Jerusalem, for it considers these areas to be “disputed,” and not as under occupation. Thus, Israel does not regard the settlements as violations to the treaty.