An IDF medic was surprised to hear two new orders given by his superiors: only Jews are worthy of resuscitation, and that attackers who pose no threat should be shot dead. 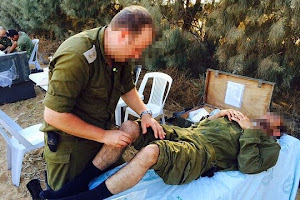 New orders in the Israeli army? D., a medic in the infantry, was surprised last week to find out during training for an operation in the occupied territories that at least two orders typically given to soldiers have been refreshed.

“During the refresher course the instructor, who works as a medic on the base, told us that the orders of the IDF are not to give mouth-to-mouth resuscitation to people we do not know. When asked about it he said that it basically means that we do not need to resuscitate Palestinians,” says D., who took part in the course at the Lakhish base in southern Israel. D. has since then left for duty in the West Bank.

“It sounds strange but he repeated it twice, so I have no doubt that that was what he meant. I was very surprised by the order not to resuscitate anyone who needs it. Since then I have come to understand that Magen David Adom (Israel’s national emergency medical, disaster and ambulance service) came up with the order regarding mouth-to-mouth resuscitation several years ago. The emphasis on the Palestinians was probably the instructor “thinking ahead.” I assume that he goes these trainings all the time. That’s worrying.”

Furthermore over the course of the week, D. participated in a refresher on the rules of engagement, where he said he was given permission to kill people who pose no threat. “They told us that the order regarding someone who stabs, ditches the knife and begins running is shoot to kill. The company commander said he doesn’t want anyone like that “to see a judge.”

Did anyone protest or critique these orders?

“The company seemed very bitter over the rules of engagement. The company commander almost apologized every time he forbade. So when he finally gave us permission to shoot an unarmed terrorist, most of the company was okay with that.”

It was only two weeks ago that Public Security Minister Yitzhak Aharonovich gave a similar order to Israeli Police in the wake of the vehicular attack in Sheikh Jarrah. Two days later police shot Kheir Hamdan to death in Kafr Kanna.

A policy such as this would be in contravention of International Humanitarian Law and Geneva Conventions.

The International Committee of the Red Cross states; Without renewed commitment from governments to address growing social inequities and other sources of instability in the region, any quest for peace and prosperity will remain elusive. As a neutral and independent humanitarian organisation, the ICRC can only remind the parties to these conflicts that without respecting the basic tenets of international humanitarian law (IHL) in these testing times, it is most unlikely that the various communities will find their way toward reconciliation or be prepared to share the burden of a just peace after decades of conflict. Considering that the customary core of that law is older than the state- based system itself, the specific nature and extraordinary significance of IHL in today’s armed conflicts provide a legitimacy beyond the current international system. Far from being outdated, humanitarian law is very much a contemporary and future-oriented body of law. Turning specifically to the situation in Israel and the Occupied Palestinian Territory, the particular challenges facing humanitarian action there cannot be tackled without an honest look at certain Israeli policies that have become key features of the occupation. Israel has exercised ‘actual authority’ 1 over the West Bank and the Gaza Strip for almost half a century, making its presence in these areas one of the longest sustained military occupations in modern history. While the shape and degree of this military occupation have varied, Israel has continuously maintained effective control over the territories it occupied as a result of the Six Day War in 1967, and over the Palestinian population living there. The constant pressure that Israeli occupation has imposed on the Palestinian population has had a profound impact on both the Palestinian and theIsraeli economies, cultures, andsocieties.Beyondtherecurringexcessesof armed violence, the ensuing grief among the people affected, and the trauma among the broader community, the lack of progress on issues of major humanitarian concern further illustrates the inability of a generation of decision-makers to find constructive ways to bring concrete improvements to the lives of millions of Palestinians. See: Challenges to international humanitarian law: Israel’s occupation policy Download PDF