“Every inhabitant of this planet must contemplate the day when this planet may no longer be habitable.” Thus spoke President Kennedy in a 1961 address to the United Nations. 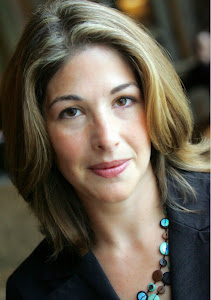 The threat he warned of was not climate chaos — barely a blip on anybody’s radar at the time — but the hydrogen bomb. The nuclear threat had a volatile urgency and visual clarity that the sprawling, hydra-headed menace of today’s climate calamity cannot match. How can we rouse citizens and governments to act for concerted change? Will it take, as Naomi Klein insists, nothing less than a Marshall Plan for Earth?

“This Changes Everything: Capitalism vs. the Climate” is a book of such ambition and consequence that it is almost unreviewable. Klein’s fans will recognize her method from her prior books, “No Logo: Taking Aim at the Brand Bullies” (1999) and “The Shock Doctrine: The Rise of Disaster Capitalism” (2007), which, with her latest, form an antiglobalization trilogy. Her strategy is to take a scourge — brand-­driven hyperconsumption, corporate exploitation of disaster-struck communities, or “the fiction of perpetual growth on a finite planet” — trace its origins, then chart a course of liberation. In each book she arrives at some semihopeful place, where activists are reaffirming embattled civic values.

To call “This Changes Everything” environmental is to limit Klein’s considerable agenda. “There is still time to avoid catastrophic warming,” she contends, “but not within the rules of capitalism as they are currently constructed. Which is surely the best argument there has ever been for changing those rules.” On the green left, many share Klein’s sentiments. George Monbiot, a columnist for The Guardian, recently lamented that even though “the claims of market fundamentalism have been disproven as dramatically as those of state communism, somehow this zombie ideology staggers on.” Klein, Monbiot and Bill McKibben all insist that we cannot avert the ecological disaster that confronts us without loosening the grip of that superannuated zombie ideology.

That philosophy — ­neoliberalism — promotes a high-consumption, ­carbon-hungry system. Neoliberalism has encouraged mega-mergers, trade agreements hostile to environmental and labor regulations, and global hypermobility, enabling a corporation like Exxon to make, as McKibben has noted, “more money last year than any company in the history of money.” Their outsize power mangles the democratic process. Yet the carbon giants continue to reap $600 billion in annual subsidies from public coffers, not to speak of a greater subsidy: the right, in Klein’s words, to treat the atmosphere as a “waste dump.”

Klein diagnoses impressively what hasn’t worked. No more claptrap about fracked gas as a bridge to renewables. Enough already of the international summit meetings that produce sirocco-quality hot air, and nonbinding agreements that bind us all to more emissions. Klein dismantles the boondoggle that is cap and trade. She skewers grandiose command-and-control schemes to re-engineer the planet’s climate. No point, when a hubristic mind-set has gotten us into this mess, to pile on further hubris. She reserves a special scorn for the partnerships between Big Green organizations and Immense Carbon, peddled as win-win for everyone, but which haven’t slowed emissions. Such partnerships remind us that when the lamb and the lion lie down together, only one of them gets eaten.

In democracies driven by lobbyists, donors and plutocrats, the giant polluters are going to win while the rest of us, in various degrees of passivity and complicity, will watch the planet die. “Any attempt to rise to the climate challenge will be fruitless unless it is understood as part of a much broader battle of worldviews,” Klein writes. “Our economic system and our planetary system are now at war.”

Klein reminds us that neoliberalism was once an upstart counterrevolution. Through an epic case of bad timing, the Reagan-Thatcher revolution, the rise of the anti-regulatory World Trade Organization, and the cult of privatizing and globalizing everything coincided with the rising public authority of climate science. In 1988, James Hansen, director of NASA’s Goddard Institute, delivered historic testimony at Congressional hearings, declaring that the science was 99 percent unequivocal: The world was warming and we needed to act collectively to reduce emissions. Just one year earlier, Margaret Thatcher famously declared: “There is no such thing as society. There are individual men and women and there are families.” In the battle since, between a collective strategy for forging an inhabitable long-term future and the antisocial, hyper-­corporatized, hyper-carbonized pursuit of short-term growth at any cost, well, there has been only one clear winner.

But counterrevolutions are reversible. Klein devotes much of her book to propitious signs that this can happen — indeed is happening. The global climate justice movement is spreading. Since the mid-1990s, environmental protests have been growing in China at 29 percent per year. Where national leaders have faltered, local governments are forging ahead. Hundreds of German cities and towns have voted to buy back their energy grids from corporations. About two-thirds of Britons favor renationalizing energy and rail.

The divestment movement against Big Carbon is gathering force. While it will never bankrupt the mega-corporations, it can reveal unethical practices while triggering a debate about values that recognizes that such practices are nested in economic systems that encourage, inhibit or even prohibit them.

The voices Klein gathers from across the world achieve a choral force. We hear a Montana goat rancher describe how an improbable alliance against Big Coal between local Native American tribes and settler descendants awakened in the latter a different worldview of time and change and possibility. We hear participants in Idle No More, the First Nations movement that has swept across Canada and beyond, contrast the “extractivist mind-set” with systems “designed to promote more life.”

One quibble: What’s with the subtitle? “Capitalism vs. the Climate” sounds like a P.R. person’s idea of a marquee cage fight, but it belies the sophistication and hopefulness of Klein’s argument. As is sometimes said, it is easier to imagine the end of the world than to imagine the end of capitalism. Klein’s adversary is neoliberalism — the extreme capitalism that has birthed our era of extreme extraction. Klein is smart and pragmatic enough to shun the never-never land of capitalism’s global overthrow. What she does, brilliantly, is provide a historically refined exposé of “capitalism’s drift toward monopoly,” of “corporate interests intent on capturing and radically shrinking the public sphere,” and of “the disaster capitalists who use crises to end-run around democracy.”

To change economic norms and ethical perceptions in tandem is even more formidable than the technological battle to adapt to the heavy weather coming down the tubes. Yet “This Changes Everything” is, improbably, Klein’s most optimistic book. She braids together the science, psychology, geopolitics, economics, ethics and activism that shape the climate question. The result is the most momentous and contentious environmental book since “Silent Spring.” More