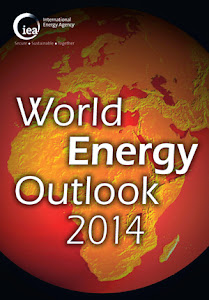 Events of the last year have increased many of the long-term uncertainties facing the global energy sector, says the International Energy Agency’s (IEA) World Energy Outlook 2014 (WEO-2014). It warns against the risk that current events distract decision makers from recognising and tackling the longer-term signs of stress that are emerging in the energy system.

In the central scenario of WEO-2014, world primary energy demand is 37% higher in 2040, putting more pressure on the global energy system. But this pressure would be even greater if not for efficiency measures that play a vital role in holding back global demand growth. The scenario shows that world demand for two out of the three fossil fuels – coal and oil – essentially reaches a plateau by 2040, although, for both fuels, this global outcome is a result of very different trends across countries. At the same time, renewable energy technologies gain ground rapidly, helped by falling costs and subsidies (estimated at $120 billion in 2013). By 2040, world energy supply is divided into four almost equal parts: low-carbon sources (nuclear and renewables), oil, natural gas and coal.

In an in-depth focus on nuclear power, WEO-2014 sees installed capacity grow by 60% to 2040 in the central scenario, with the increase concentrated heavily in just four countries (China, India, Korea and Russia). Despite this, the share of nuclear power in the global power mix remains well below its historic peak. Nuclear power plays an important strategic role in enhancing energy security for some countries. It also avoids almost four years’ worth of global energy-related carbon-dioxide (CO2) emissions by 2040. However, nuclear power faces major challenges in competitive markets where there are significant market and regulatory risks, and public acceptance remains a critical issue worldwide. Many countries must also make important decisions regarding the almost 200 nuclear reactors due to be retired by 2040, and how to manage the growing volumes of spent nuclear fuel in the absence of permanent disposal facilities.

“As our global energy system grows and transforms, signs of stress continue to emerge,” said IEA Executive Director Maria van der Hoeven. “But renewables are expected to go from strength to strength, and it is incredible that we can now see a point where they become the world’s number one source of electricity generation.”

The report sees a positive outlook for renewables, as they are expected to account for nearly half of the global increase in power generation to 2040, and overtake coal as the leading source of electricity. Wind power accounts for the largest share of growth in renewables-based generation, followed by hydropower and solar technologies. However, as the share of wind and solar PV in the world’s power mix quadruples, their integration becomes more challenging both from a technical and market perspective.

World oil supply rises to 104 million barrels per day (mb/d) in 2040, but hinges critically on investments in the Middle East. As tight oil output in the United States levels off, and non-OPEC supply falls back in the 2020s, the Middle East becomes the major source of supply growth. Growth in world oil demand slows to a near halt by 2040: demand in many of today’s largest consumers either already being in long-term decline by 2040 (the United States, European Union and Japan) or having essentially reached a plateau (China, Russia and Brazil). China overtakes the United States as the largest oil consumer around 2030 but, as its demand growth slows, India emerges as a key driver of growth, as do sub-Saharan Africa, the Middle East and Southeast Asia.

“A well-supplied oil market in the short-term should not disguise the challenges that lie ahead, as the world is set to rely more heavily on a relatively small number of producing countries,” said IEA Chief Economist Fatih Birol. “The apparent breathing space provided by rising output in the Americas over the next decade provides little reassurance, given the long lead times of new upstream projects.”

Demand for gas is more than 50% higher in 2040, and it is the only fossil fuel still growing significantly at that time. The United States remains the largest global gas producer, although production levels off in the late-2030s as shale gas output starts to recede. East Africa emerges alongside Qatar, Australia, North America and others as an important source of liquefied natural gas (LNG), which is an increasingly important tool for gas security. A key uncertainty for gas outside of North America is whether it can be made available at prices that are low enough to be attractive for consumers and yet high enough to incentivise large investments in supply.

While coal is abundant and its supply relatively secure, its future use is constrained by measures to improve efficiency, tackle local pollution and reduce CO2 emissions. Coal demand is 15% higher in 2040 but growth slows to a near halt in the 2020s. Regional trends vary, with demand reaching a peak in China, dropping by one-third in the United States, but continuing to grow in India.

The global energy system continues to face a major energy poverty crisis. In sub-Saharan Africa (the regional focus of WEO-2014), two out of every three people do not have access to electricity, and this is acting as a severe constraint on economic and social development. Meanwhile, costly fossil-fuel consumption subsidies (estimated at $550 billion in 2013) are often intended to help increase energy access, but fail to help those that need it most and discourage investment in efficiency and renewables.

A critical “sign of stress” is the failure to transform the energy system quickly enough to stem the rise in energy-related CO2 emissions (which grow by one-fifth to 2040) and put the world on a path consistent with a long-term global temperature increase of 2°C. In the central scenario, the entire carbon budget allowed under a 2°C climate trajectory is consumed by 2040, highlighting the need for a comprehensive and ambitious agreement at the COP21 meeting in Paris in 2015.

The World Energy Outlook is for sale at the IEA bookshop. Journalists who would like more information should contact ieapressoffice@iea.org.

The International Energy Agency is an autonomous organisation that works to ensure reliable, affordable and clean energy for its 29 member countries and beyond. Founded in response to the 1973/4 oil crisis, the IEA’s initial role was to help countries co-ordinate a collective response to major disruptions in oil supply. While this remains a key aspect of its work, the IEA has evolved and expanded. It is at the heart of global dialogue on energy, providing authoritative research, statistics, analysis and recommendations.