This hour-long documentary, the Ringworm Children, raises so many disturbing questions about Israel and its relationship with the US that one hardly knows where to begin. 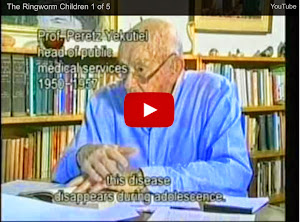 In the 1950s, waves of new immigrants swept into Israel. To the dismay of the country’s Ashkenazi leaders (those originating from Europe and the US), the great majority were from Arab countries. Levi Eshkol, a later prime minister, expressed a common sentiment when he called them “human rubbish”. Israel, deprived of “good-quality” Jews, was being forced to bring to its shores Arab Jews, seen as just as primitive and dirty as the Palestinians whom Israel had recently succeeded in ethnically cleansing.

Into this deeply racist atmosphere stepped Dr Chaim Sheba, a eugenicist, who believed that the Arabs Jews were bringing along with them diseases that threatened the Ashkenazi Jews. His obsession was ringworm, an innocuous childhood disease that affects the scalp. He went to the US, collected old military X-ray equipment and zapped tens of thousands of these children’s heads with potentially lethal doses of radiation. The survivors tell of their horrifying experiences during and after the treatment, and of the brothers and sisters they lost at a young age.

But this isn’t just a history lesson exploring an unusual aspect of Israel’s racist underpinnings. The documentary exposes a massive cover-up by the state: many of the children’s medical files – long thought to have been lost – were actually held by one of the doctors involved. Even after this disclosure, the state has continued to refuse the victims access to the files, despite the fact that such access may be vital in helping them receive the correct life-saving treatment, as well as proper compensation.

The final shocking twist is the discovery that all these experiments cost the equivalent of hundreds of millions of dollars in today’s terms – in fact, more than Israel’s entire annual budget at the time. How could Israel have afforded it?

The documentary suggests persuasively that the US, with its own long fascination with eugenics, most likely sub-contracted these experiments to Israel as a way to bypass the increasing domestic legal impediments it faced. The US presumably footed the huge bill.

There are a couple of troubling omissions in the documentary itself. The first is that Dr Sheba did not carry out these experiments on Arab Jews only. He also exposed many Palestinian children in Israel to the same huge doses, for the same racist reasons.

The other is that Dr Sheba is still venerated to this day in Israel and has one of the country’s most famous hospitals, the Chaim Sheba Medical Center, named after him. As the documentary makes clear, there was plenty of evidence by the 1950s of the extremely dangerous effects of radiation on humans. What Dr Sheba did was a form of genocide. That he is still honoured in Israel is, to my mind, no different from Germany naming a hospital in Berlin the Josef Mengele Medical Center.

But keeping Dr Sheba’s reputation unblemished is, I suspect, important to those who wish to prevent other, even more unseemly skeletons being unearthed over this affair. 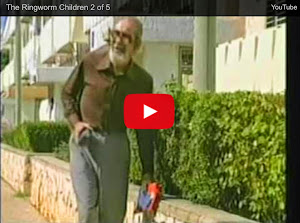 I often talk about “hasbara” (what Israelis translate as “explanation” but really means “propaganda”) but rarely have I found an example of it quite as blatant as the entry on the Ringworm Affair on Wikipedia. By the look of it, this entry has been written by an Israeli government hasbara team. One can almost hear the indignation in the text dismissing the documentary’s claims. But interestingly there is no attempt to refute the two accusations at the heart of the film: that the medical files are still being withheld from the victims, and that the sum needed for the experiments was astronomical and way beyond Israel’s means. So who paid for them and why?