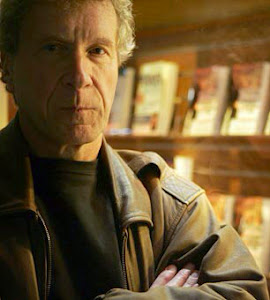 John Perkins is no stranger to making confessions. His well-known book, Confessions of an Economic Hit Man, revealed how international organizations such as the International Monetary Fund (IMF) and the World Bank, while publicly professing to “save” suffering countries and economies, instead pull a bait-and-switch on their governments: promising startling growth, gleaming new infrastructure projects and a future of economic prosperity – all of which would occur if those countries borrow huge loans from those organizations. Far from achieving runaway economic growth and success, however, these countries instead fall victim to a crippling and unsustainable debt burden.

“That's part of the game: convince people that they're wrong, that they're inferior. The corporatocracy is incredibly good at that.”

That's where the “economic hit men” come in: seemingly ordinary men, with ordinary backgrounds, who travel to these countries and impose the harsh austerity policies prescribed by the IMF and World Bank as “solutions” to the economic hardship they are now experiencing. Men like Perkins were trained to squeeze every last drop of wealth and resources from these sputtering economies, and continue to do so to this day. In this interview, which aired on Dialogos Radio, Perkins talks about how Greece and the eurozone have become the new victims of such “economic hit men.”

Michael Nevradakis: In your book, you write about how you were, for many years, a so-called “economic hit man.” Who are these economic hit men, and what do they do?

John Perkins: Essentially, my job was to identify countries that had resources that our corporations want, and that could be things like oil – or it could be markets – it could be transportation systems. There're so many different things. Once we identified these countries, we arranged huge loans to them, but the money would never actually go to the countries; instead it would go to our own corporations to build infrastructure projects in those countries, things like power plants and highways that benefitted a few wealthy people as well as our own corporations, but not the majority of people who couldn't afford to buy into these things, and yet they were left holding a huge debt, very much like what Greece has today, a phenomenal debt.

“[Indebted countries] become servants to what I call the corporatocracy … today we have a global empire, and it's not an American empire. It's not a national empire … It's a corporate empire, and the big corporations rule.”

And once [they were] bound by that debt, we would go back, usually in the form of the IMF – and in the case of Greece today, it's the IMF and the EU [European Union] – and make tremendous demands on the country: increase taxes, cut back on spending, sell public sector utilities to private companies, things like power companies and water systems, transportation systems, privatize those, and basically become a slave to us, to the corporations, to the IMF, in your case to the EU, and basically, organizations like the World Bank, the IMF, the EU, are tools of the big corporations, what I call the “corporatocracy.”

And before turning specifically to the case of Greece, let's talk a little bit more about the manner in which these economic hit men and these organizations like the IMF operate. You mentioned, of course, how they go in and they work to get these countries into massive debt, that money goes in and then goes straight back out. You also mentioned in your book these overly optimistic growth forecasts that are sold to the politicians of these countries but which really have no resemblance to reality.

Exactly, we'd show that if these investments were made in things like electric energy systems that the economy would grow at phenomenally high rates. The fact of the matter is, when you invest in these big infrastructure projects, you do see economic growth, however, most of that growth reflects the wealthy getting wealthier and wealthier; it doesn't reflect the majority of the people, and we're seeing that in the United States today.

“In the case of Greece, my reaction was that 'Greece is being hit.' There's no question about it.”

For example, where we can show economic growth, growth in the GDP, but at the same time unemployment may be going up or staying level, and foreclosures on houses may be going up or staying stable. These numbers tend to reflect the very wealthy, since they have a huge percentage of the economy, statistically speaking. Nevertheless, we would show that when you invest in these infrastructure projects, your economy does grow, and yet, we would even show it growing much faster than it ever conceivably would, and that was only used to justify these horrendous, incredibly debilitating loans.

Is there a common theme with respect to the countries typically targeted? Are they, for instance, rich in resources or do they typically possess some other strategic importance to the powers that be?

What happens once these countries that are targeted are indebted? How do these major powers, these economic hit men, these international organizations come back and get their “pound of flesh,” if you will, from the countries that are heavily in debt?

By insisting that the countries adopt policies that will sell their publicly owned utility companies, water and sewage systems, maybe schools, transportation systems, even jails, to the big corporations. Privatize, privatize. Allow us to build military bases on their soil. Many things can be done, but basically, they become servants to what I call the corporatocracy. You have to remember that today we have a global empire, and it's not an American empire. It's not a national empire. It doesn't help the American people very much. It's a corporate empire, and the big corporations rule. They control the politics of the United States, and to a large degree they control a great deal of the policies of countries like China, around the world.

John, looking specifically now at the case of Greece, of course you mentioned your belief that the country has become the victim of economic hit men and these international organizations . . . what was your reaction when you first heard about the crisis in Greece and the measures that were to be implemented in the country?

I've been following Greece for a long time. I was on Greek television. A Greek film company did a documentary called “Apology of an Economic Hit Man,” and I also spent a lot of time in Iceland and in Ireland. I was invited to Iceland to help encourage the people there to vote on a referendum not to repay their debts, and I did that and encouraged them not to, and they did vote no, and as a result, Iceland is doing quite well now economically compared to the rest of Europe. Ireland, on the other hand: I tried to do the same thing there, but the Irish people apparently voted against the referendum, though there's been many reports that there was a lot of corruption.

“That's part of the game: convince people that they're wrong, that they're inferior. The corporatocracy is incredibly good at that.”

The Cayman Islands must be very discriminating as to what pieces of the public sector get sold off. Some sectors, such as water production and distribution, if sold, and without well thought policies, could well have a negative effect on certain sectors of our population, as recent events in Detroit have proved. Editor