Over 2,000 delegates have gathered in the Samoan capital Apia for the 3rd International Conference on Small Island Developing States (SIDS). 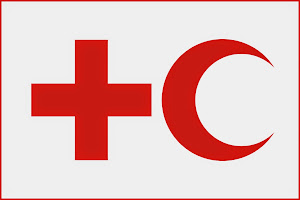 The conference, which takes place every ten years, brings together representatives from governments, the UN, the International Federation of Red Cross and Red Crescent Societies (IFRC) and other development and civil society actors; to discuss emerging challenges facing countries in the three SIDS regions: the Pacific, the Caribbean, and the African, Indian Ocean, Mediterranean and South China Sea (AIMS).

President of the conference, Honourable Tuilaepa Lupesoliai Sailele Malielegaoi, Prime Minister of Samoa, said in his opening speech that sympathy and pity will not provide solace or halt the devastating impact of climate change.

“Our message is the same today as it was in Rio in 1992: climate change is a global problem, yet international action to address it remains grossly inadequate. We want all our partners to step forward and commit to address once and for all the root causes of climate change.”

This message was reinforced by UN Secretary General, Ban ki-Moon who highlighted the ever-increasing threat that many countries are confronting as a consequence of climate change. “The plight of millions of people in small island development states demands an international response. By failing to act, we condemn the most vulnerable to unacceptable disruption to their lives as a result of the actions of those a world away,” he said.

The theme for SIDS 2014 is the sustainable development of Small Island Developing States through genuine and durable partnerships.

In his statement during the multi-stakeholder partnership dialogue on climate change and disaster risk management, IFRC president Tadateru Konoé, called upon governments to strengthen resilience and disaster preparedness as a first line of defence for vulnerable people.

“Small Island Developing States already cope with disproportionate consequences of disasters. The aim of IFRC and its member National Red Cross and Red Crescent Societies is to build their empirical knowledge and increase their resilience by bridging traditional community support systems with science and technology.”

During the conference the IFRC signed a three-year memorandum of understanding with the Secretariat of the Pacific Regional Environment Programme (SPREP) under which Red Cross National Societies in ten countries across the Pacific will work with National Meteorological Offices to make climate and weather information more accessible, relevant and user-friendly for users such as fishers and farmers.

“The partnership is about strengthening the local humanitarian response and reducing disaster risk by making climate and weather information relevant to the needs of communities living on the frontline of climate change,” said Jagan Chapagain, director of the IFRC in Asia Pacific.

Another unique project highlighted during a side event at the conference on displacement in the context of disasters and the effects of climate change was the ‘At the Water’s Edge’ project, involving the Grenada Red Cross, Government of Grenada, the Nature Conservancy and Grenada Fund for Conservation partnership. The project has shown how sharing community and environmental expertise through education, mangrove replanting and coral reef protection has helped to reduce disaster risk and strengthen the capacity of local communities to adapt to the effects of climate change.

In his closing remarks, President Konoé made it clear that while action was necessary to help communities adapt to the consequences of climate change, change in global policy is equally important. “The IFRC calls for the strong integration of climate change and disaster risk reduction into upcoming frameworks,” he said. “It is critical that governments arrive at a strong second Hyogo Framework for Action, a legally binding climate change agreement and a post-2015 development agreement with community resilience at its core. More