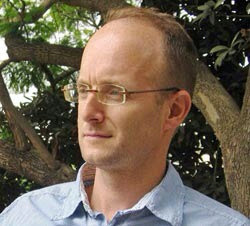 29 AUGUST 2014 Good to have Justin Raimondo at Anti-war.com set out the hugely suppressed but growing indicators that Israeli intelligence knew of the 9/11 attacks but failed to alert the Americans (while the Saudis were probably more directly involved in the attacks).

The definitive evidence is likely to be found in the censored 28 pages of the joint report of the intelligence committees of the two houses of Congress, as Raimondo highlights.

As to the Israeli interests at work in allowing 9/11 to take place, Raimondo misses revealing comments made by the two most senior Israeli intelligence officials at the time, statements I noted in my book “Israel and the Clash of Civilisations” (p. 103):

Israel’s National Security Adviser, General Uzi Dayan, and the head of the Mossad, Ephraim Halevy … reportedly told that year’s Herzliya conference [in 2001] that the 9/11 attacks were a ‘Hanukkah miracle’, offering Israel the chance to sideline and punish its enemies. Halevy spoke of the imminent arrival of ‘a world war different from all its predecessors’ and the emergence after 9/11 of a common perception combining ‘all the elements of Islamic terror into one clear and identifi able format’, creating ‘a genuine dilemma for every ruler and every state in our region. Each one must reach a moment of truth and decide how he will position himself in the campaign.’

Dayan, meanwhile, identified the targets, after Afghanistan, for the next stage of the regional campaign: ‘The Iran, Iraq and Syria triangle, all veteran supporters of terror which are developing weapons of mass destruction.’ He argued: ‘They must be confronted as soon as possible, and that is also understood in the US. Hezbollah and Syria have good reason to worry about the developments in this campaign, and that’s also true for the organizations and other states.’

Sounds like a rather accurate prediction of how things turned out, no?

The Haaretz article on 18 Dec 2001 that quoted the pair, written by Aluf Benn, now the paper’s editor-in-chief, was originally titled “For Israel, September 11 was a Hanukkah miracle”. The version on Haaretz that can now be found has excised all references to “Hanukkah” and “miracles”, and is under the much blander – and misleading – headline “Israel strives to import America’s war on terror“.

More likely, as I explain in my book, Israel tried to export to Washington, care of the neocons, its own “war on terror” – and its long-term designs for breaking up the Middle East into feuding sects and tribes. More