August 20, 2014 “ICH” – Habersham County, Georgia, the jurisdiction that allowed intentionally or through negligence a SWAT team to break into a home with violent force in the middle of the night and throw a stun grenade into a baby’s face sending him to a hospital for weeks where he was in life support, has ruled that it would be illegal for the county to pay the baby’s medical bills. http://www.wsbtv.com/news/news/local/lawyer-county-refuses-pay-medical-bills-toddler-hu/ng3s9/ 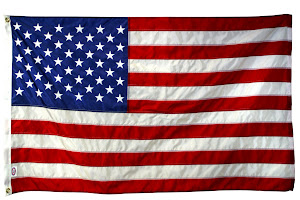 The negligence of the police, and thereby the county, is a triple dose. It was the wrong house. A SWAT team was unnecessary in order to exercise a search warrant for a drug suspect. There was no excuse for throwing a stun grenade into a baby’s crib.

But the county attorney has ruled that the county is not liable for these massive incidences of unbridled negligence.

However, the unjustifiable SWAT team assault on the family in the home was legal.

As the saying goes, “a fish rots from the head.” The rot in government accountability that began in Washington has now reached the local level. More

Dr. Paul Craig Roberts was Assistant Secretary of the Treasury for Economic Policy and associate editor of the Wall Street Journal. He was columnist for Business Week, Scripps Howard News Service, and Creators Syndicate. He has had many university appointments. His internet columns have attracted a worldwide following. Roberts' latest books are The Failure of Laissez Faire Capitalism and Economic Dissolution of the West and How America Was Lost.