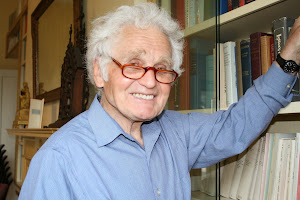 Washington, D.C., August 13, 2014 — Marking the 90th birthday of the human rights legend and distinguished physicist Yuri Orlov, the National Security Archive at George Washington University (www.nsarchive.org) and the Memorial Society in Moscow (www.memo.ru) today posted online an extensive collection of formerly secret Soviet and U.S. documents on Orlov’s career as a Soviet dissident, including the first English-language translation of his historic 1956 speech at his physics institute in Moscow, and his 1976 founding of the Moscow Helsinki Group.

The documents include detailed KGB, Communist Party Central Committee and Politburo documents, together with parallel CIA and White House assessments, that suggest how courageous human rights activism by leading Soviet scientists like Orlov as early as 1956 fundamentally threatened the repressive Soviet system while setting the stage for the late 1980s perestroika/glasnost period that ended the Cold War.

The documents show that through organizing the Moscow Helsinki Group (with Lyudmila Alexeyeva) in May 1976, Orlov institutionalized human rights monitoring based on the principles in the 1975 Helsinki Final Act, signed by the USSR and even published in Pravda. Multiple other Helsinki groups soon followed throughout Eastern and Western Europe, the U.S. and the Soviet Union, contributing enormous intellectual capital to the international human rights movement and to social processes that culminated in the peaceful revolutions of 1989. The Moscow Helsinki Group remains the oldest still-functioning human rights organization in Russia, and Orlov subsequently became honorary chairman of the International Helsinki Federation.