(Jerusalem, Palestine) – The apparent Israeli shellfire that knocked out the Gaza Strip’s only electrical power plant on July 29, 2014, has worsened the humanitarian crisis for the territory’s 1.7 million people. Damaging or destroying a power plant, even if it also served a military purpose, would be an unlawful disproportionate attack under the laws of war, causing far greater civilian harm than military gain. 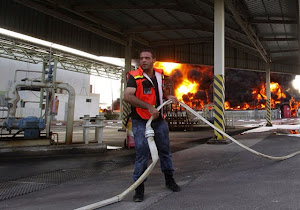 The shutdown of the Gaza Power Plant has had an impact on the population far beyond power outages. It has drastically curtailed the pumping of water to households and the treatment of sewage, both of which require electric power. It also caused hospitals, already straining to handle the surge of war casualties, to increase their reliance on precarious generators. And it has affected the food supply because the lack of power has shut off refrigerators and forced bakeries to reduce their bread production.

“If there were one attack that could be predicted to endanger the health and well-being of the greatest number of people in Gaza, hitting the territory’s sole electricity plant would be it,” said , deputy Middle East and North Africa director. “Deliberately attacking the power plant would be a war crime.”

The spokesperson for the Energy Distribution Authority, Jamal Dardasawi, was quoted in the media as saying that Israeli tank shells hit one of Gaza Power Plant’s fuel storage tanks. The attack caused a massive explosion and a fire that damaged other parts of the facility and took much of the day to extinguish.

The plant’s shutdown cut off all power for much of the territory. For years, Gazans have been living with electricity service for only part of each day, and those who can afford fuel run private generators to provide back-up power. A week after the strike, some service was restored to most neighborhoods, but less than the limited pre-conflict levels.

Shortly after the attack was reported, Israel denied targeting the plant but said its forces might have hit it accidentally. Human Rights Watch was unable to determine whether Palestinian fighters were deployed in the area when the plant was hit. However, Fathi al-Sheikh Khalil, deputy chairman of the Energy and Natural Resources Authority in Gaza, said that the al-Nusseirat area, where the plant is located, was being heavily bombed at the time of the strike. Khalil said that Gaza firefighters phoned him to say they could not approach the plant because of the ongoing attacks in the vicinity. As a result, the fire spread from the small storage tank that was initially hit to a larger one, he said.

The strike came at about 3 a.m. on a day of bombardment that was widely described as the heaviest in the first three weeks of fighting. Israeli airstrikes that day destroyed a central mosque and the home of the Hamas political leader, Ismail Haniya, and damaged government buildings and a building that housed the offices of Hamas-controlled television and radio stations. Israeli military operations that day killed about 100 Palestinians.

Under the laws of war, power plants, like airports, are considered dual-use objects – civilian objects that also benefit an armed force. As such they can be military objectives, subject to attack. However, any attack on a dual-use object must be proportionate. Attacks that can be expected to cause more harm to civilians and civilian structures than the anticipated military gain of the attack are prohibited. Expected civilian harm encompasses casualties over time as well as immediate civilian losses. Thus any attack on the Gaza Power Plant that would cause a significant shutdown would invariably be disproportionate, violating international humanitarian law.

Israel has denied attacking the power plant. Brig. Gen. Yaron Rosen, the commander of the Israeli Air Support and Helicopter Air Division, said on July 29 that Israel “has no interest” in attacking the plant. “We transfer to them the electricity, we transfer in the gas, we transfer in the food in order to prevent a humanitarian disaster,” he said. “So we attacked the power plant?” Rosen said it was possible Israel hit the power plant accidentally and that an internal investigation was under way. An August 4 CNN story on the electricity crisis stated that an Israeli Defense Ministry spokesperson had told CNN that Israeli forces were not involved in the attack.

Ribhi al-Sheikh, deputy head of the Palestine Water Authority, said the lack of electricity had idled wells – except where generators were able to provide some back-up power – as well as water treatment and desalination plants. Idling wells endangers crops that require water at the hottest time of year.

Most urban households in Gaza need electricity to pump water to rooftop tanks. Ghada Snunu, a worker for a nongovernmental organization, said on August 4 that her home in Gaza City had been without electricity since the attack on the power plant, forcing her family to buy water in jerry cans and to conserve the used household water to empty the toilets. The collapse of electricity service meant that many Gazans lacked access to the 30 liters of water that is the estimated amount needed per capita daily for drinking, cooking, hygiene and laundering, said Mahmoud Daher, head of the Gaza office of the UN World Health Organization.

Daher said that hospitals have been given priority for scarce electricity, with Shifa, the territory’s largest hospital, getting the most, at 16 hours a day. If the fuel required to run generators were to run out, or a generator to fail, a hospital could lose power.

An official at al-Quds Hospital in Gaza City told Human Rights Watch on August 7 that because of electricity interruptions:

We use a large generator for six to eight hours per day, then have to rely on three smaller ones, because the large one cannot be run full-time. If the large one goes, we don’t know how we would repair it, because of the lack of spare parts. It powers the oxygen station, the hospital’s two elevators, and the air conditioners – this amounts to 80 percent of the hospital’s total electricity consumption. When we use the smaller generators, they can only power one elevator, and none of the air conditioners, which makes it difficult for staff to work long hours in the August heat, and dangerous for patients.

Israeli forces had reportedly struck the power plant both earlier in the current fighting and in previous conflicts, Human Rights Watch said. The plant had been hit on five occasions since early July, according to the International Committee of the Red Cross. It closed briefly after shelling by Israeli forces on July 22 and 23, said Gisha, an Israeli nongovernmental organization. One of the strikes knocked out one of the plant’s generator sets, said Khalil of the Energy Authority.

He said repairing it and the storage tanks will take more than a year, but the plant can make temporary repairs that will enable it to produce 50 megawatts sooner, though at a higher cost. The power plant, in central Gaza, produced about 60 megawatts of power before the current fighting began, the deputy minister of the Palestine Energy Authority in Ramallah, Abdelkarim Abdeen, told Human Rights Watch.

Khalil said that about two days before the July 29 strike, Israeli authorities had passed a message to him via the UN Office for the Coordination of Humanitarian Affairs (OCHA) that the power plant was not a target and that its workers could move safely within the compound. No workers were hurt in the strike, he said.

In addition to the output from the plant, Gaza normally gets 120 megawatts of power from Israel via 10 transmission lines and 28 from Egypt via 3 lines. However, the recent fighting damaged 8 of the Israeli lines and 2 of the Egyptian lines, reducing the supply coming from Israel to 24 megawatts and from Egypt to 18 megawatts as of August 4, Abdeen said.

Damage to the Israeli and Egyptian power lines and then the attack on the power plant cut Gaza’s electricity supply to about 20 percent of the 200 megawatts it had before the conflict began. Gaza’s electricity needs are estimated at 350 megawatts, so power rationing and rolling blackouts were the norm even before war damage slashed the amount of power available.

Since the August 5 ceasefire, electricity power supplies have increased as repair crews have restored eight of the Israeli and all three of the Egyptian lines. Before the ceasefire, conflict conditions had made it hazardous for technicians to perform the necessary repairs, the International Committee of the Red Cross said. As of August 7, households were reportedly getting between three and seven hours of electricity, depending on their location in the Gaza Strip.

Eight years ago, on June 28, 2006, Israeli missiles hit the plant eight times, knocking out its transformers, three days after Hamas fighters in Gaza captured the Israeli soldier Gilad Shalit. Israel then delayed or blocked the delivery of material needed to fully repair the Gaza power plant. Then, in 2008, Israel cut its deliveries of electricity and fuel to Gaza for the declared purpose of pressuring armed groups to end their rocket attacks against civilians in Israel, a form of collective punishment in violation of the laws of war.

Israel has attacked power plants in hostilities outside of Gaza. During its armed conflict with Hezbollah, Israel deliberately bombed electricity plants in southern Lebanon, including on June 24, 1999, February 8, 2000, and May 5, 2000. The day after the 1999 attack, Israeli Brig. Gen. Dan Halutz said at a news conference that the Lebanese infrastructure targets “had been selected a long time ago,” and that the Israeli “government decided to carry out an attack on Lebanese infrastructure and not only on Hezbollah objectives…to stress that all power brokers in Lebanon who support Hezbollah’s murderous activity are liable to attack.” The attacks on electricity plants violated the laws of war prohibition against disproportionate attacks because their expected harm to the civilian population was greater than the military gain achieved.

The laws of war obligate countries responsible for violations to make full reparations for the loss or injury caused. This would involve at a minimum providing materials and assistance to permit the prompt restoration of the power plant to its pre-war capacity. Even while fighting continues, Israel should ensure humanitarian agencies have access to restore destroyed power lines, given their crucial humanitarian impact on the civilian population More